Here is another story of one abduction and an emotional abuse victim who, until now, is surviving and trying to get through the hurdles her experience is causing her through the help of counseling. While happy-ever-afters aren’t possible in real life, this is a story of hope and survival and a spirit who refuses to be defeated by a nightmare. 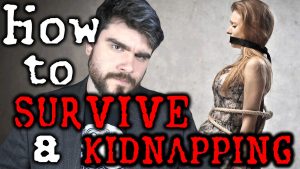 Natascha Kampusch, then ten years old, was on her way home from school when Wolfgang Priklopil abducted her sometime in 1998 and held her a prisoner in the windowless basement of his home. On August 23, 2006, eight years after her kidnapping, Natascha escaped her captor’s clutches by fleeing through the back garden while he was on the phone. That very same day, Priklopil committed suicide before the authorities could get to him by throwing himself under a speeding train.

The world celebrated Natascha’s escape, speculated on her imprisonment and abuse as pictures of her prison circulated the internet, and wondered at the eloquence of her speech during her first televised interview (she learned English by listening to pop stations while Prikopil imprisoned her in the cellar).

But despite her calm exterior, a group of experts and psychologists who deal with matters regarding the effects of divorce, court battles and the disorder called Parental Alienation Syndrome prevalent among kids of couples who are fighting for custody say that there’s more to Natascha than what she allowed the public to see. 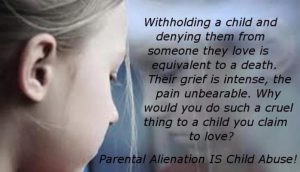 “Her calm exterior is hiding a battle inside. Mentally and emotionally, she’s still unstable. She might have escaped a nightmare, but inside, she could still be living in it,” said one.

“Mental health professors David A. Alexander and Susan Klein, from the Aberdeen Centre for Trauma Research in the UK also add that some victims end up “shutting off’ their emotions or denying that they even experienced a traumatic event, which may stem from a desire to avoid anything that reminds them of their trauma,” wrote Robert T Muller, PhD.

“According to David Finkelhor et al.’s telephone survey (NISMART), 16% of abducted children experience emotional harm, 4% are physically abused, and 1% are sexually abused. Other research, including our own, found reactions to abduction include: nightmares, fears of doors and windows, bedwetting (depending on age), fear of authority and strangers, anger at abductor and left-behind parent, depression, anxiety, and school and peer problems,” said Geoffrey Greif,  PhD.

Unlike abduction victim Steven Stayner who was allowed to go back to his home and his family immediately after his escape, Natascha wasn’t allowed to go home yet after her rescue. She stayed under the care of psychologists and social workers in the Vienna General Hospital where she also resided for about a month, a move hailed by many counseling therapists worldwide.

“In Natascha’s story, Prikopil brainwashed her into believing that her parents didn’t want her anymore and that they’d given her to him. It’s akin to one parent poisoning a child’s mind against another in a court battle for custody, the condition now known as Parentectomy or Parental Alienation. If you can lead a child to believe that, you have his or her loyalty no matter what abuse you dole out,” stated one counselor and psychologist.

During her stay in the hospital, Natascha arranged short but frequent visits with her mother, but for the first week, she saw her father only once (her parents got divorced before the abduction happened). In fact, while Natasha’s relationship with her mother grew stable over time, her communication lines with her dad are stilted and strained.

The kidnapped victim got angry at her father for speaking on her behalf at her captor’s death. In an interview, he said that his daughter would celebrate Prikopil’s death, a view Natascha didn’t share. In fact, she went to see his body in the morgue before he was buried and told the press that she felt mournful that he died. 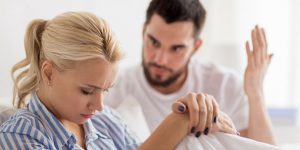 For eight years, Prikopil was the only other human being Natascha was in contact with. Yes, he beat her and abused her physically, sexually, emotionally and mentally, but he also clothed her, fed her, and tutored her. He brought her with him on trips – one was on a skiing holiday – but he never left her alone and Natascha, out of fear, wasn’t able to ask for help.

According to psychologists, despite the kidnapped victim’s fear for her captor, it’s understandable that she developed an emotional bond with him after eight long years, a psychological response known as Stockholm Syndrome. Sharie Stines, PsyD, added, “Professionals have expanded the definition of Stockholm syndrome to include any relationship in which victims of abuse develop a strong, loyal attachment to the perpetrators of abuse.”

“It’s a good thing that Natascha is undergoing therapy and counseling. Her road to recovery is long and hard. In Steven Stayner’s case, these matters weren’t thoroughly investigated and looked upon that it’s hard to imagine someone who went through abuse in their captor’s hands could feel like this,” commented one expert who was studying the effects of long-term captivity in victims.

To date, Natascha still goes through regular therapy as she was also diagnosed with PTSD. With the amount of emotional abuse as well as the sexual, physical and mental exploitations she was subjected to, she still faces hurdles and issues from her past until now. However, she’s trying to stay strong and defy them.

“I don’t want to live a life filled with trauma anymore,” she said. “I’m trying my very best, with the help of counseling, to move forward.”