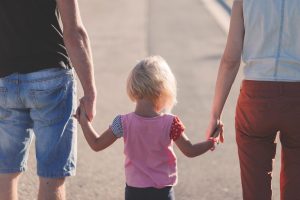 Separation – one of the leading causes of parental alienation. The separation can manifest physically or emotionally.

When there is parental alienation, it’s not the parents who suffer the most but the kids. Majority of the children who are part of a broken family would still hope that their parents would get along in the long run. According to Sharie Stines, PsyD, some families may undergo “Attachment-based parental alienation is a complex and potentially harmful dynamic whereby a parent manipulates their children to avoid, reject, and disdain their other parent. It can be viewed as a symptom of the narcissistic paradigm and is often of clinical concern regarding the child’s healthy development.” But it turns out it’s not as easy as they thought it would be. The worst part is, one of their parents is compelled to alienate the other in the eyes of their children.

Parental alienation is referred to as behaviors done by parents that are damaging and catastrophic to children’s state of mental and emotional well-being. Usually, parental alienation involves manipulation or bully of the child or children to choose between their parents.

Parental alienation can result in aggressiveness and hostility. In the process, these parents may or may not know that they are depriving their children love and affection for the other parent who may affect their extended family members. Usually occurring in a family that’s intact, parental alienation is likely to be experienced by divorced or separated parents.

One of the tactics a parent may do to alienate the other parent to cause pain is banning the child’s access to any form of accounts that has the potential to challenge the views being brought about by the parent doing the alienating deed. The parent might keep photographs of happy memories or refuse to allow the other parent to talk to their children.

Due to severe animosity towards each other, a parent can alienate the other by: 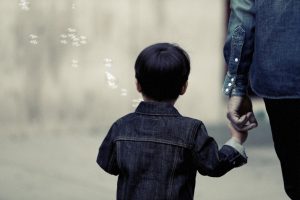 As a consequence of their parents’ actions, children develop parental alienation syndrome which is defined as the psychological status that is prevalent in kids who are affected by the increased rate of separation or divorce. This can be observed through a child’s intense opposition to communication due to bottled-up hatred and emotions toward the other parent. Unfortunately, the fallout of PAS on children can be carried on until their adulthood with long-term damaging effects.

Alienated children who have been severely manipulated by the other parent may present rejection towards the other with extreme, unreasonable hostility, defiance, and disengagement. Aside from resisting forms of contact with the other parent, the child may also become destructive and aggressive towards other people. In some cases, just as Susan Heitler PhD says, “Severely alienated children also manifest splitting, which is not at all characteristic of children who suffer other kinds of abuse. They insist that the alienating parent is all good; they reject the all-bad targeted—though, in reality, emotionally healthier—parent.”

The absence of any form of genuine emotional entanglement like love, appreciation, longing, and affection towards the other parent is another characteristic that can progress with severe parental alienation. Children will no longer find time to greet their other parent during special occasions like birthdays and the like. If this behavior is not addressed correctly, the child will grow into an adult that will not display regret or shame for mistreating the other parent. “The most severe form of PA, when there is no history of abuse, is where a child openly expresses rejection of a parent with no apparent guilt or ambivalence; in these cases the children’s views of the targeted parent have been found to be distorted and exaggeratedly negative, when compared to the history of the parenting relationship,” Jane K. McNaught, PhD says. 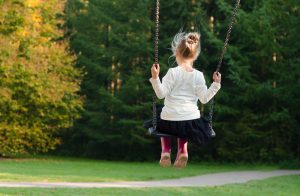 Since children have formed this irrational hate towards the other parent, their understanding and assertions would usually become inauthentic, empty, and trivial. Most of the time, what is coming out of their mouths are just echoed statements of the parent who’s involved in the alienating. Their critical thinking skills are altered into shallow comments.

If parental alienation persists, the results can range from mild to moderate, even reaching a certain degree of severity in cases wherein the child no longer wants to talk or see the other parent. In their minds, they have already rewritten their views about the other parent and have previously obscured any kind of positive aspect of their relationship, only focusing on the negative ones. This form of rejection can even extend to their relatives and friends of the other parent.